The Reds selected Bailey in the first round (seventh overall) of the 2004 Major League Baseball Draft. Prior to the 2007 season, both Baseball America and Baseball Prospectus named Bailey the top prospect in the Reds' farm system.[1][2] Because of his success at the minor league level, Bailey's debut was highly anticipated when he was called up to the major league level in June 2007.[3] He made his major league debut on June 8, 2007, against the Cleveland Indians. At the time of his debut, Bailey was the youngest player in the National League. Bailey has pitched two no-hitters in his career. On February 19, 2014, Bailey signed a six-year, $105 million contract with the Reds.[4]

Bailey, nicknamed "Homer" after his great-grandfather,[5] attended La Grange High School in La Grange, Texas. During La Grange's 2004 baseball season, Bailey won 15 games and lost none. Additionally, he had a 0.68 earned run average (ERA) and 201 strikeouts in 92​2⁄3 innings pitched. That year, USA Today, named Bailey as a member of that year's USA Today All-USA high school baseball team and their High School National Player of the Year.[6] Bailey completed his high school career with 41 wins, 4 losses, a 0.98 ERA, and 536 strikeouts in 298 innings pitched. In 2004, the Cincinnati Reds selected Bailey with the seventh pick in the Major League Baseball amateur draft.

In 2004, Bailey made his professional debut with the Gulf Coast Reds, a Rookie Class franchise in the Gulf Coast League. That season, Bailey appeared in six games, started three, and lost his only decision for the GCL Reds.

While at Chattanooga, Bailey put up the best statistics of his minor league career. He won seven games, lost just one, and had a 1.59 ERA in 13 games. Additionally, in 68 innings, he struck out 77 batters. As a result, Bailey averaged in excess of 10 strikeouts per nine innings while with each of his last three minor league teams.

In 2007, Bailey appeared in three spring training games for the Reds. He lost his only decision and had a 19.64 ERA when the Reds sent him to their minor league camp on March 16. He started the regular season with the Louisville Bats, the Reds' Triple-A affiliate in the International League. Bailey was touted as the best prospect in the Reds' farm system, and one of the best pitching prospects in baseball. In early June 2007, the Reds called up Bailey to make his debut against the Cleveland Indians.

On June 8, 2007, Bailey made his major league debut as the starting pitcher for the Cincinnati Reds in their home game at Great American Ball Park, an interleague game against the Cleveland Indians. In that game, Bailey pitched five innings, allowing two runs on five hits and four walks with three strikeouts, and qualifying for the win. On July 8, 2007, the Reds sent Bailey down to Triple-A Louisville.[9] On September 20, 2007, Bailey returned to the Reds to pitch 5 ​2⁄3 innings against the Giants. Bailey gave up one run on three hits and a walk while striking out three for his third win of the season. In 9 starts, Bailey finished 2007 in the Majors 4-2 with a 5.67 ERA.

Bailey began the 2009 season with the Triple-A Louisville Bats after failing to earn a spot on the Reds' roster.[12]

On May 23, 2009, Bailey made a spot start for the Reds. Regardless of his performance, he was going to be sent back down to Triple-A Louisville.[citation needed] After being sent back down Bailey shut down Triple-A hitters, holding hitters to an ERA well below 2.00 over his next six starts. On June 27, Bailey was recalled and again faced the Cleveland Indians. Despite walking seven batters Bailey picked up the win. One start later Bailey shutdown the St. Louis Cardinals for 7.1 innings. The two runs charged to Bailey were a result of a grand-slam given up by reliever David Weathers.

Being considered a "can't miss prospect", Bailey's first 2 seasons with the Reds were seen as disappointing, and the 2009 season didn't start off much better. As the season progressed, however, Bailey began to become more consistent, and as a result, began to be more effective, allowing only 3 runs or less in his final 9 starts. He finished the 2009 season with a 4.53 ERA in 113 ​1⁄3 innings.

Bailey made the Reds out of spring training in 2010.[13] He ended up on the disabled list with shoulder inflammation in May.[14][15] During his rehabilitation, the Reds considered moving Bailey to the bullpen[16] but after a solid start against the Florida Marlins, the Reds chose to move Mike Leake to the bullpen to keep Bailey in the rotation.[17] Bailey finished the 2010 year going 4-3 with a 4.46 ERA in 19 starts.

On September 28, 2012, Bailey pitched the first no-hitter at PNC Park, and the 15th in Reds history, in a 1-0 road victory over the Pittsburgh Pirates.[18] Bailey struck out ten on 115 pitches, allowing only one walk to Andrew McCutchen in the seventh, while Pirates shortstop Clint Barmes reached first base on an error by Reds third baseman Scott Rolen in the 3rd inning. The game was the first no-hitter for the Reds since Tom Browning's perfect game on September 16, 1988, and the first thrown against the Pirates since Bob Gibson on August 14, 1971.[19] Bailey finished the 2012 year pitching exactly 208 innings with 168 strikeouts, a 13-10 record, and a 3.68 ERA.

On July 2, 2013, Bailey pitched a 3-0 no-hitter against the San Francisco Giants at Great American Ball Park, besting Tim Lincecum—himself a no-hit pitcher only eleven days later.[20] It was the third time in history, and the first time since Nolan Ryan did it in 1974-75, that the same pitcher had the final no-hitter of one season and the first no-hitter of the following season. It was also the seventh time in history, and again the first time since Nolan Ryan in 1975, that two no-hitters in a row were accredited to the same pitcher.[21] Bailey was perfect through six innings when he walked Gregor Blanco with a full count in the seventh. He retired the next nine batters in order, missing a perfect game by only that one pitch. Later in that inning, Bailey was bailed out by Joey Votto when Buster Posey hit a sharp ground ball to first. Bailey was late to cover first where Posey most likely would have been safe. Votto realizing this, threw the ball to third where he got Gregor Blanco. Had Blanco made it to third, Posey would have gotten a hit when the play ended up being a fielder's choice. Bailey became the third Reds pitcher, along with Jim Maloney and Johnny Vander Meer, to have more than one career no-hitter.[21] Bailey finished the 2013 year going 11-12 with a 3.49 ERA, 199 strikeouts in 209 innings pitched.

Bailey's 2014 season became short-lived as he was diagnosed with arm fatigue and finished the year 9-5 with a 3.71 ERA.

Still dealing with forearm fatigue, Bailey began the 2015 season on the disabled list. On May 1, 2015, it was revealed that his right elbow was diagnosed with a torn UCL, requiring Tommy John surgery, and it prematurely ended his 2015 season.[22]

As of early June 2016, Bailey's return to the Reds is being purposefully stalled after he felt pain during a rehab stint at the Reds' AA affiliate in Pensacola.[23] After many setbacks and rehabilitation, Bailey made his return to the mound for the Reds on July 31st, more than a year since his last start.

On February 8, 2017, Bailey underwent surgery on his right elbow to remove bone spurs. Recovery time required 4-6 weeks.[24] He made his season debut on June 24 pitching 1 2/3 innings and allowing 8 runs. He finished the season with a 6.43 ERA in 18 starts.

In 2008, Homer Bailey released a charity wine called "Homer Bailey's Chardonnay" with 100% of his proceeds supporting Outdoors Without Limits, an organization committed to help reduce the barriers that prevent disabled people from enjoying the outdoors.[28] 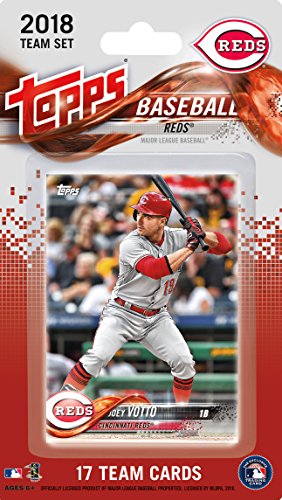 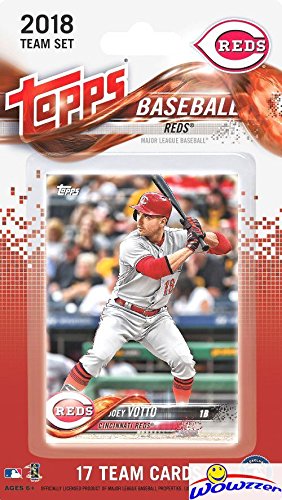 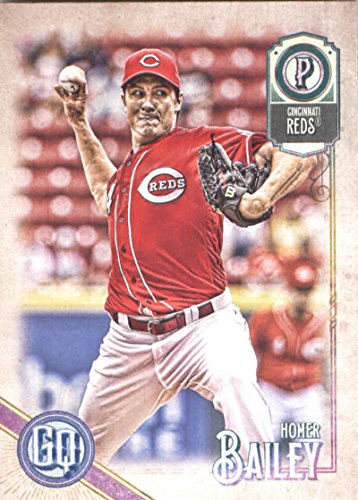 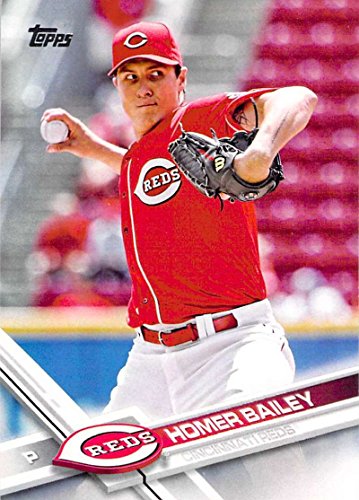 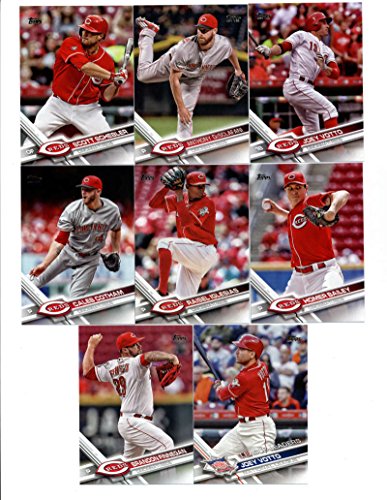 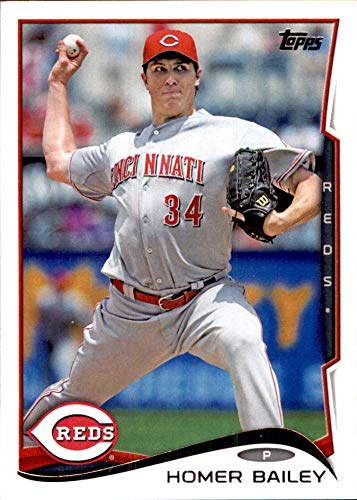 ***(ADD AS MUCH TO 1 (ONE) CART as POSSIBLE TO SAVE ON SHIPPING, NO EXTRA CHARGE, THIS IS SUBJECT TO CHANGE WITHOUT NOTICE)*** You receive the item shown in the title and the picture, our pictures are of the actual cards we sell! NO STOCK PHOTOS USED EVER!! We ship ALL orders in the best supplies to protect your card(s). Flat Rate Shipping WORLDWIDE, buy as much as you want within one order and only pay one flat shipping price! Be sure to check back for shipping promotions as well!! Thank you for looking ;-) (BTW cards are Nrmt/Mint or better unless otherwise noted in the title) 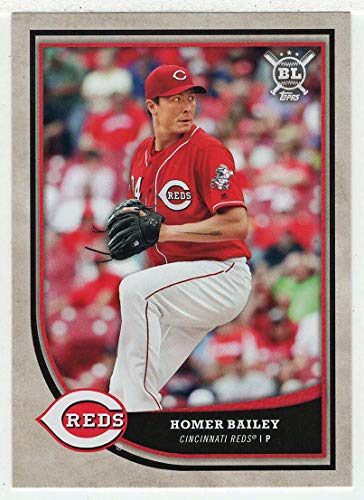 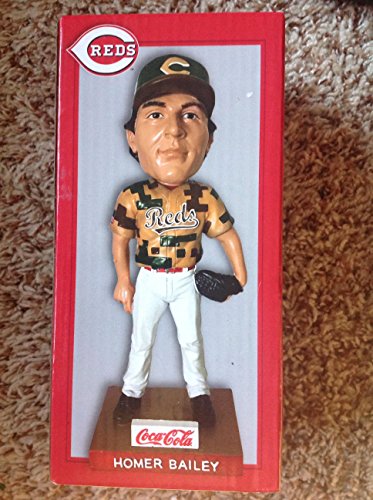 Homer Bailey bobblehead in the original box that was a stadium give a way in 2017.