Bobby Petrino
Robert Patrick Petrino (born March 10, 1961) is an American football coach and former player. He is currently in his second stint as the head football

Petrino has directed his college teams to nine bowl games, including the first Bowl Championship Series (BCS) bowl games for both the Louisville Cardinals and the Arkansas Razorbacks. His college teams have achieved four 10-win seasons along with six top-25 finishes.

Contents Early years This section of a biography of a living person needs additional citations for verification. Please help by adding reliable sources. Contentious material about living persons that is unsourced or poorly sourced must be removed immediately, especially if potentially libelous or harmful. (August 2015) (Learn how and when to remove this template message)

Born in Lewistown, Montana, Robert Patrick Petrino grew up in Helena and graduated from Capital High in 1979.[3] He attended hometown Carroll College and graduated with a physical education and a math minor in 1983.[4] While at Carroll, he played quarterback for the Fighting Saints and began his coaching career there as a graduate assistant during the 1983 season. Petrino grew up in the coaching profession. His father, Bob Petrino Sr., coached at Carroll College in Helena, Montana for 26 seasons, earning 163 victories and 15 conference titles.

Before Bobby Petrino coached with his father, he played football for him at Carroll. Petrino played quarterback and twice earned NAIA All-American honors. He led the Fighting Saints to three straight Frontier Conference Championships and was named the league's most valuable player in 1981 and 1982. He also played four years of basketball at Carroll.

Bobby Petrino officially started his coaching career as a graduate assistant for his father at Carroll College in 1983. After a graduate assistant stint as quarterbacks coach at Weber State in 1984, Petrino returned to be the offensive coordinator for his father in 1985-1986. Carroll had the top-ranked offense in the NAIA ranks in both of his seasons, thanks in large part to the play of Bobby Petrino's younger brother, Paul, who was a four-year starter as quarterback at Carroll College.

After a year at Carroll, he moved to Weber State College in the Big Sky Conference, coaching quarterbacks as a graduate assistant under head coach Mike Price. Petrino returned to his alma mater in 1985 as offensive coordinator. In each of his two seasons in that position, Carroll had the top-rated offense in NAIA football.[5][6] He then returned to Weber State for two seasons in 1987 and 1988 as the receivers coach under Price.

Petrino spent a year as quarterbacks coach at the University of Idaho in 1989 under new head coach John L. Smith, then was promoted to offensive coordinator. In 1992, he took a step up the collegiate coaching ladder to Division I-A (now FBS) when he became quarterbacks coach at Arizona State University in the Pac-10 Conference. During his two seasons at ASU under head coach Bruce Snyder, he oversaw the development of future All-American QB Jake Plummer, who went on to play ten seasons in the NFL.[7]

In 1994, he moved to the University of Nevada, serving as both offensive coordinator and quarterbacks coach under Chris Ault. During his one season there, the Wolf Pack were second in the nation in both passing offense and total offense, and third in scoring offense. The next year, he began a three-year stint as offensive coordinator at Utah State University, reuniting with Smith.

When Smith moved to Louisville in 1998, Petrino followed him there as offensive coordinator. In his one season there, the Cardinals were top-ranked in Division I-A in scoring and total offense and posted the biggest positive turnaround among I-A football teams, winning six more games than in the 1997 season. Petrino left the collegiate ranks to coach in the NFL for three years.

Petrino's first stint in the NFL was from the 1999 season to the 2001 season, as he spent two seasons as the quarterbacks coach and a third as offensive coordinator with the Jacksonville Jaguars.

In 2002, Petrino returned to the college ranks, replacing Noel Mazzone as offensive coordinator under Tommy Tuberville at Auburn, whose offense significantly improved that season under Petrino's watch.

Petrino returned to Louisville in 2003 as head coach, replacing John L. Smith, who departed for Michigan State. After only one season at Louisville, Petrino secretly interviewed for the coaching job at Auburn, as the Tigers were considering whether to retain his former boss, Tuberville.[8]

In four years at Louisville, Petrino built the Cardinals into a national power. He led them to 11 wins in 2004 and 12 wins in 2006—only the second and third times that the Cardinals won as many as 11 games in a season.

On July 13, 2006, Petrino signed a 10-year, $25.6 million contract to stay on as head football coach. The deal gave Petrino a raise from $1 million to $1.6 million annually, and he would have been paid $2.6 million in the final year of the deal. The contract included a buyout clause of $1 million.[9]

On January 7, 2007, it was announced Petrino had accepted the head coaching position for the NFL's Atlanta Falcons.[10]

The Falcons brought Petrino to Atlanta by signing him to a five-year, $24 million contract.[11]

A major reason Petrino was brought in was to develop star quarterback Michael Vick into a more "complete" quarterback, Vick being known more for his ability to run than as a pocket passer. However, before Petrino's first training camp, it emerged that Vick had bankrolled an illegal dog fighting operation near his hometown in Newport News, Virginia. The terms of Vick's bail barred him from leaving Virginia before the November 26 trial, ending any realistic chance of him playing a meaningful down in 2007. Petrino entered the season with back-ups Joey Harrington, Byron Leftwich, and Chris Redman as his quarterbacks.

With their franchise quarterback effectively sidelined for the season, the Falcons appeared to be a rudderless team. On December 10, 2007, with the Falcons at the bottom of the NFC South with a 3–10 record, Petrino resigned to take a job as the head coach at Arkansas. Petrino informed his players of his decision to resign via a four-sentence laminated note left at the locker of each player, a move that many in the organization harshly criticized.[12][13][14]

Petrino's contract with Arkansas was valued at $2.85 million per year for five years.[11]

The Razorbacks ended the 2008 season with a record of 5–7 (2–6 in the SEC); The two conference wins were over Auburn, and a last second win against LSU in the annual Battle for the Golden Boot.

Under Petrino, the Razorbacks showed significant improvement in the 2009 season with analysts from both ESPN and CBS regularly citing starting quarterback Ryan Mallett as one of the most impressive collegiate quarterbacks in the country. The Razorbacks came close to upsetting the No. 1-ranked Florida Gators on October 17, 2009.[15] That game culminated in a controversial fourth quarter personal foul call on an Arkansas lineman. The resulting 15-yard penalty allowed the Gators to continue what turned out to be their game-winning drive. The SEC ultimately issued an apology for the call and suspended the officiating crew.[16]

The Razorbacks also enjoyed success under Petrino in the 2010 season, finishing 10–2 and notching their first BCS bowl appearance, against Ohio State. In the 2011 Sugar Bowl, Ohio State built an early lead behind the play of Terrelle Pryor and Daniel Herron, but Arkansas came back in the second half. As the Razorbacks were driving for a go-ahead score in the final minutes, Ryan Mallett threw an interception near the Ohio State 20-yard line, and Ohio State ran out the clock.

The Razorbacks won the 2012 Cotton Bowl Classic in Dallas, defeating Kansas State by a score of 29-16. The Hogs concluded the 2011 season with an 11-2 record, with their only losses to Alabama and LSU. It was just the third 11-win season in Arkansas' 119-year football history.

In April 2012, Petrino was involved in a motorcycle crash on Arkansas Highway 16 near the city of Crosses. He was riding with former Arkansas All-SEC volleyball player Jessica Dorrell, whom he had hired on March 28 as student-athlete development coordinator for the football program after she served as a fundraiser in the Razorback Foundation. Petrino initially said he was alone on the motorcycle. However, on April 6, just minutes before a police report was to be released showing Dorrell was also aboard, Petrino revealed that Dorrell was not only a passenger, but that he had been conducting an adulterous relationship with her. Arkansas athletic director Jeff Long placed Petrino on an indefinite paid leave of absence while he reviewed the situation.

On April 10, Long announced that Petrino had been fired. During Long's investigation, it was discovered that Petrino made a previously undisclosed $20,000 cash gift to Dorrell as a Christmas present. It was also revealed that Dorrell may have received preferential treatment in her hiring on the football staff, as Petrino's relationship with Dorrell was not disclosed and Petrino was on the hiring committee. Long determined that Petrino's attempts to mislead both him and the public about the accident and his relationship with Dorrell were grounds to fire Petrino for cause.[2][17][18] Long also determined that the $20,000 payment could expose Arkansas to a sexual harassment suit if Petrino were retained.[19] Petrino was succeeded by his former boss, Smith, who had been the Arkansas special teams coach before briefly taking the head coaching job at Weber State.

The incident was referenced in the 2015 movie Blue Mountain State: The Rise of Thadland.

In July, Petrino contacted Smith and members of his former team, including quarterback Tyler Wilson, who said the outreach provided "a little closure." Running back Knile Davis said, "He apologized. He said, 'I'm sorry for everything that happened.' ... He was very humble. He was very hurt. I told him not to be so hard on himself. I told him, 'You made a mistake. You'll get back from it.'"[20] Smith's phone call with Petrino was "basically about our football team at Arkansas, of which he's always concerned about" [21]

In August 2012, Petrino sat down for a video interview[22] with ESPN college football reporter Joe Schad to express remorse and regret, saying there was "no justification" for his decisions.[23]

On December 10, 2012, Western Kentucky hired Petrino as their new head coach, replacing Willie Taggart, who departed for South Florida.[24][25] Petrino signed a four-year contract with a base salary of $850,000 annually. If Petrino should leave early, conditions of the contract required Petrino to re-pay the university $1.2 million in six monthly payments starting the month after he leaves.[26]

In Petrino's only season at WKU, the Hilltoppers began with a second straight win over Kentucky and finished with an 8–4 record; however, they were not invited to a bowl game.

After Charlie Strong left Louisville for the University of Texas, Petrino was rumored as one of the candidates to become the next head coach. On January 9, 2014, Louisville's athletic director Tom Jurich made his hiring official at a press conference after being unanimously approved by the University of Louisville Athletic Association. Petrino reportedly signed a deal that pays $24.5 million over seven years with a buyout of $10 million.[27]

Assistants under Petrino who became NCAA or NFL head coaches: 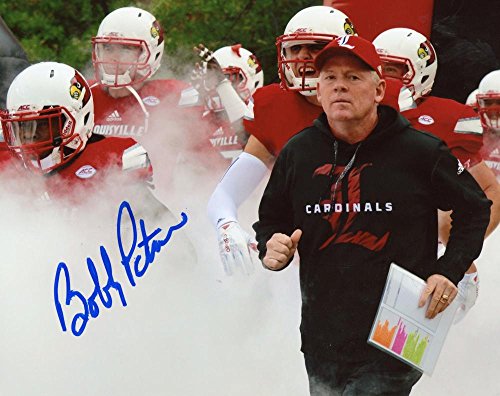 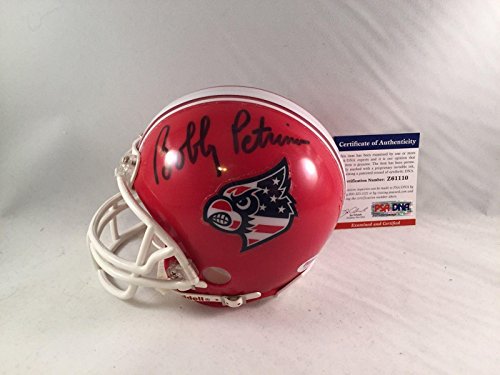 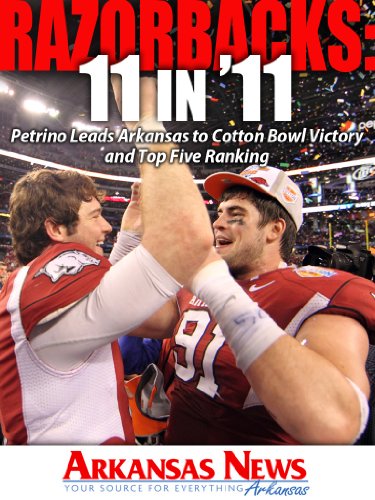 Razorbacks: 11 in ’11, celebrates the first 11-win season by the Arkansas Razorbacks since 1977. The book is a look back at the season in real-time as it unfolded beginning with columnist Harry King’s prediction last June that the Razorbacks would finish the regular season 10-2. This unparalleled day-to-day coverage of the 2011 Razorbacks that readers won’t find anywhere else. Includes: all the stats, scores, and play-by-play excitement, plus, many color photos of every single game. Prepare to relive one of the most exciting seasons ever for the Razorbacks, culminating with a victory over highly regarded Kansas State in the Cotton Bowl and an end-of-season ranking as the No. 5 team in the country. That’s not bad for a team that finished third in the Western Division of the Southeastern Conference! 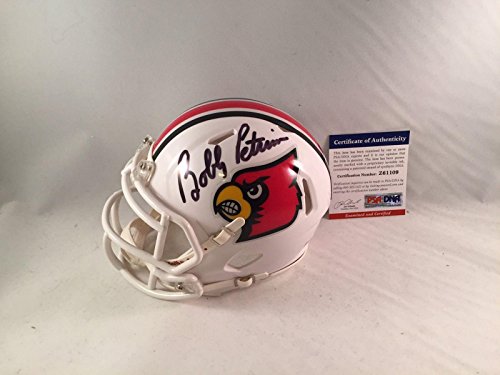 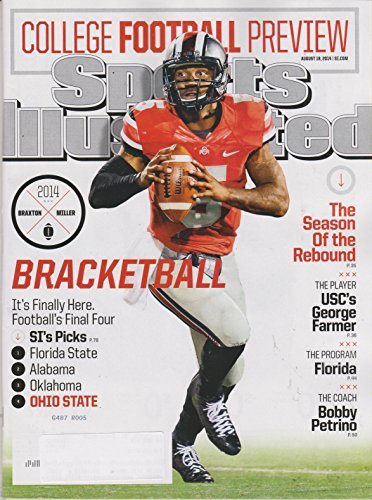 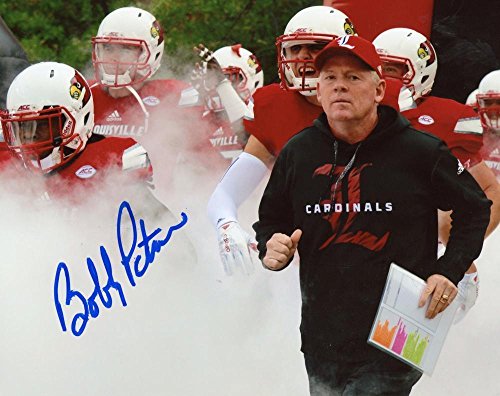 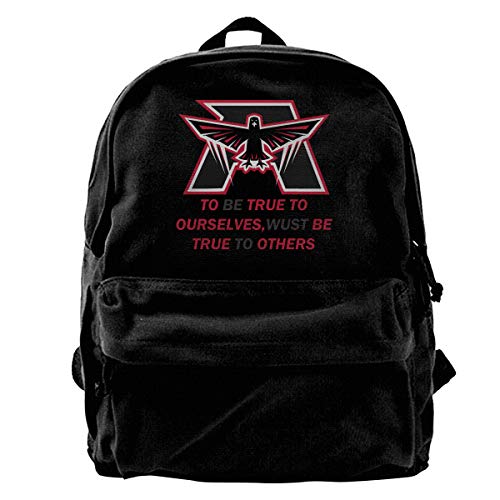 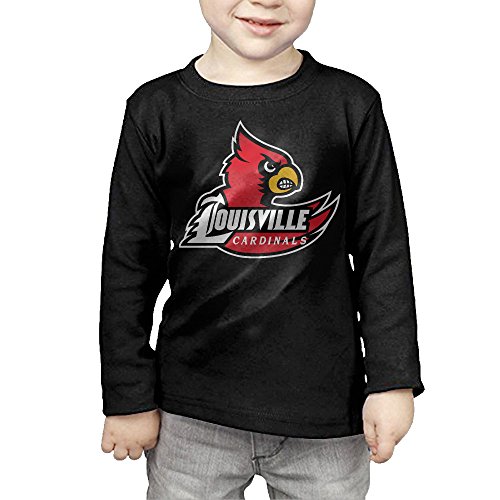 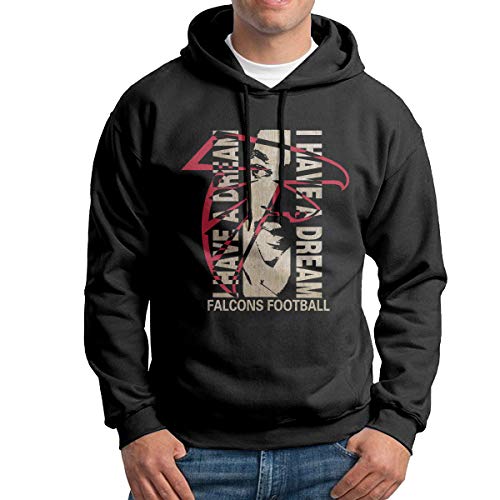 Features: \r\n1.Stylish And Fashion Design Make You More Attractive \r\n2.Perfect Match With Your Favorite Shorts,leggings, Black Slacks, Denim Jeans, Etc \r\n3.Great For Daily,Casual,Sport,I Am Sure You Will Like It! 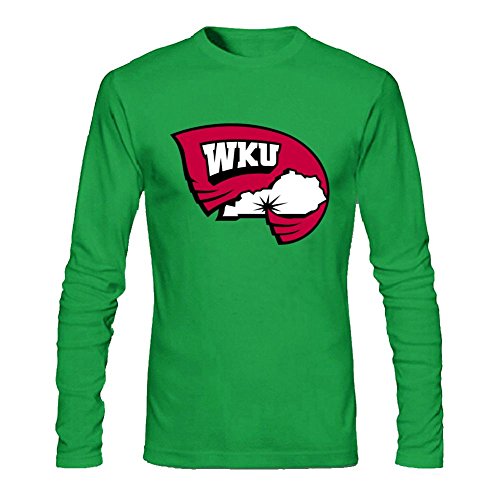