Gus Johnson (sportscaster)
Washington, D.C., from 1991 to 1992. Gus also had a small cameo, as an announcer, in the 1998 film He Got Game. Johnson is known primarily for his enthusiasm

Johnson subsequently graduated from Howard University with a degree in political science in 1990 and was a four-year letter winner on Howard's baseball team. Born in Detroit, he is a resident of New York City.

Johnson called play-by-play for the NBA's Minnesota Timberwolves (1996–97), Big East Basketball on the Big East Network, college hockey and college basketball on ESPN, and Canadian Football League games for ESPN2. He also did some NFL games for CBS.

Johnson hosted ESPN's Black College Sports Today in 1991. After brief stints as an on-air personality with KXXV-TV in Waco, Texas, WAAY-TV in Huntsville, Alabama, and WXII-TV in Winston-Salem, North Carolina, he served as the weekend anchor for WTTG-TV in Washington, D.C., from 1991 to 1992. Gus also had a small cameo, as an announcer, in the 1998 film He Got Game.

Johnson called numerous sports for CBS Sports, with his most recognized role as a play-by-play announcer for CBS' March Madness, which he worked each year from 1996 to 2011. Johnson is particularly known for his calls at the end of several close NCAA Tournament games. On his first day of calling tournament games for CBS in 1996, he called Princeton's 43-41 win over UCLA. His other famous games include UCLA's 17-point comeback over Gonzaga in 2006, including double-overtime Xavier vs Kansas State game on March 25, 2010, and George Mason's upset of Villanova in 2011. Johnson worked for the Madison Square Garden Network (MSG) from 1994–2010, where he was the radio play-by-play and backup television play-by-play announcer of the NBA's New York Knicks, in addition to providing television play-by-play for MSG's coverage of the WNBA's New York Liberty. With the Knicks, he was well known for some of his calls. For example, one famous Gus line occurs after Knicks forward Al Harrington scores: "My name is Al Harrington... And I get Buckets!" Perhaps Johnson's most famous Knicks call was his yelling and screaming during Allan Houston's last second shot to knock off the top-seeded Miami Heat in the first round of the 1999 playoffs, en route to an unlikely NBA Finals appearance. Johnson has also provided commentary for MSG's coverage of the Golden Gloves Tournament and served as host of the "Yankees ScoreCard" and "SportsDesk", as well as the New York Rangers and Knicks "GameNight." Beginning in 2006, Johnson served as the pre-season TV voice for the Buffalo Bills and Philadelphia Eagles. Johnson also provided play-by-play commentary for the Arena Football League's defunct New York Dragons.

Johnson became lead blow-by-blow caller for Showtime Championship Boxing on CBS-owned Showtime, replacing longtime voice Steve Albert. Johnson was also a mixed martial arts commentator for both EliteXC and Strikeforce through mid-2011. Johnson was widely derided for his commentary during the Kimbo Slice vs Seth Petruzelli fight, where he announced that the fight was "the most incredible victory in the history of mixed martial arts".[4][5]

On November 14, 2010, Johnson called a miracle play during a game between the Jacksonville Jaguars and Houston Texans where Jaguars QB David Garrard threw a 50-yard Hail Mary intended for Mike Sims-Walker, but was batted by Glover Quin into the hands of Mike Thomas, where Thomas stepped in and scored a game-winning touchdown.

Johnson is also the play-by-play announcer for the fictional football games seen in commercials for Buffalo Wild Wings, in which games are rigged and sent into overtime to allow patrons to stay longer and enjoy the experience.[7]

Johnson has also been an announcer for the Big Ten Network's Sunday Night basketball games since the 2008-2009 season,[8] and was slated to announce 23 games for the network in the 2010-2011 season.

Before the 2010–11 NBA season, it was announced that Johnson was let go by MSG Network, the television flagship station for the New York Knicks. Johnson explained on February 16, 2012, on the Scott Ferrall Show, that he wanted to leave the Network in order to spend more time with his son.

CBS released Johnson on May 5, 2011 following a contract dispute.[9] He was still scheduled to call a boxing match between Shane Mosley and Manny Pacquiao for Showtime two days later. On May 9, 2011, Johnson finalized a deal to call college football and NFL telecasts for Fox Sports.[10]

In 2012, Johnson served as a radio play-by-play announcer of Major League Soccer's San Jose Earthquakes, working a few of the team's away games on radio.[11] He was being groomed by Fox Sports to be its lead soccer announcer, and called his first UEFA Champions League match on February 13, 2013.[12] It had been anticipated that Johnson would be Fox Sports' lead announcer for the 2018 FIFA World Cup.[12] He is also the lead play-by-play announcer for Fox College Hoops reuniting with Bill Raftery, who works for CBS and formally with ESPN. As of September 15, 2014, Johnson stepped down as lead announcer for Fox Sports' soccer. Johnson just began play-by-play announcing marquee Big Ten regular season football games on Fox Sports during the 2017 season. Johnson works with Joel Klatt with Fox Sports and announced "The Game" Michigan Ohio State (2017) for the first time ever and his first trip to "The Game."

On May 24, 2017 Fox Sports 1 announced that Johnson would call play-by-play for the inaugural season of BIG3 alongside analyst Jim Jackson and sideline reporter Michael Rapaport.[14] 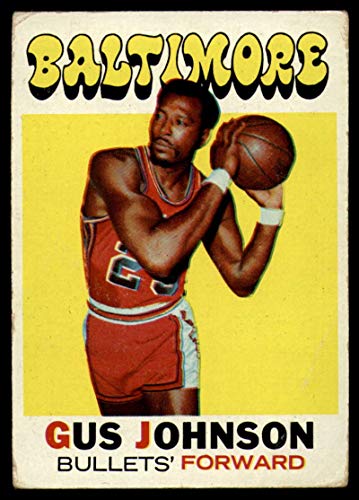 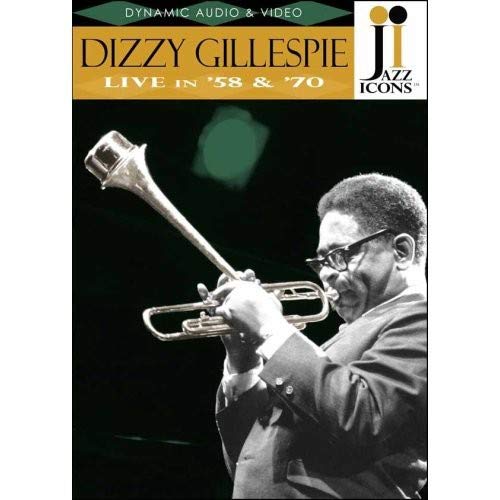 Jazz Icons: Dizzy Gillespie features two historic concerts from one of the founding fathers of bebop. Filmed 12 years apart, the 1958 concert features Dizzy working eloquently within the small combo structure of a quintet including such infl uential musicians as sax player Sonny Stitt and bassist Ray Brown. The second show focuses on a completely different side of Dizzy, fronting the legendary Kenny Clarke-Francy Boland Big Band. With a 16-piece big band to conduct, including two drummers, his Latin infl uences are revealed on Â"Con AlmaÂ" and Â"Manteca.Â" 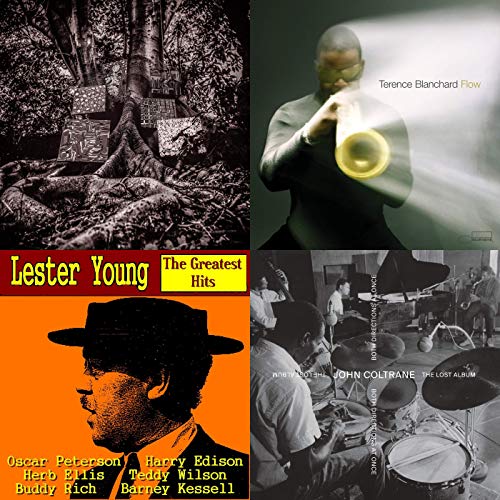 Some Mingus, Monk, and more to go with that extra shot of espresso.