Irene Cara Escalera (born March 18, 1959),[3][4][5] known professionally as Irene Cara, is an American singer, songwriter, dancer and actress. Cara sang and co-wrote the song 'Flashdance... What a Feeling' (from the movie Flashdance), for which she won an Academy Award for Best Original Song [6] and a Grammy Award for Best Female Pop Vocal Performance[7] in 1984. Cara is also known for playing the role of Coco Hernandez in the 1980 film Fame, and for recording the film's title song 'Fame'. Prior to her success with Fame, Cara portrayed the title character Sparkle Williams in the original 1976 musical drama film Sparkle.

Contents Early life This section of a biography of a living person needs additional citations for verification. Please help by adding reliable sources. Contentious material about living persons that is unsourced or poorly sourced must be removed immediately, especially if potentially libelous or harmful.
Find sources: "Irene Cara" – news · newspapers · books · scholar · JSTOR (October 2014) (Learn how and when to remove this template message)

Cara was born in The Bronx, New York City, the youngest of five children.[8] Her father, Gaspar Escalera, a factory worker and retired saxophonist, was Puerto Rican,[8] and her mother, Louise, a movie theater usher, was Cuban-American. Cara has two sisters and two brothers. At the age of three, Irene Cara was one of five finalists for the "Little Miss America" pageant. She began to play the piano by ear, then studied music, acting, and dance seriously, first having dance lessons, aged five.[8] Her performing career started on Spanish-language television, professionally singing and dancing. She made early TV appearances on the Original Amateur Hour (singing in Spanish)[9] and Johnny Carson's The Tonight Show. In 1971–72, aged 13, she was a regular on PBS's educational program The Electric Company, as a member of the show's band, The Short Circus.[8] As a child, Cara recorded a Latin-market Spanish-language record and an English Christmas album. She also appeared in a major concert tribute to Duke Ellington that also featured Stevie Wonder, Sammy Davis, Jr., and Roberta Flack.

Cara appeared in on-and off-Broadway theatrical shows including the musicals Ain't Misbehavin', The Me Nobody Knows (which won an Obie Award), Maggie Flynn opposite Shirley Jones and Jack Cassidy, and Via Galactica with Raúl Juliá. Cara was the original Daisy Allen on the 1970s daytime serial Love of Life. Next came her role as Angela in romance/thriller Aaron Loves Angela, followed by her portrayal of the title character in Sparkle. Television brought Cara international acclaim for serious dramatic roles in two outstanding mini-series, Roots: The Next Generations and Guyana Tragedy: The Story of Jim Jones. John Willis' Screen World, Vol. 28, named her one of twelve "Promising New Actors of 1976"; that same year, a readers' poll in Right On! magazine named her Top Actress. Cara graduated from the Professional Children's School in Manhattan.

The 1980 hit movie Fame, directed by Alan Parker, catapulted Irene Cara to stardom. Cara was originally cast as a dancer, but when producers David Da Silva and Alan Marshall and screenwriter Christopher Gore heard her voice, they re-wrote the role of Coco Hernandez. As Coco Hernandez, she sang both the title song "Fame" and the film's other single, "Out Here on My Own." These songs helped make the film's soundtrack a chart-topping, multi-platinum album. Further history was made at the Academy Awards that year: it was the first time two songs from the same film were nominated in the same category and both sung by the same artist. Thus, Cara had the opportunity to be one of the few singers to perform more than one song at the Oscar ceremony; "Fame," written by Michael Gore and Dean Pitchford, won the award that year. Cara earned Grammy nominations in 1980 for Best New Artist and Best Female Pop Vocal Performance, as well as a Golden Globe nomination for Best Motion Picture Actress in a Musical. Billboard named her Top New Single Artist, while Cashbox Magazine awarded her both Most Promising Female Vocalist and Top Female Vocalist. Asked by Fame TV series' producers to reprise her role as Coco Hernandez, she declined so as to focus her attention on her recording career. As a result, Erica Gimpel assumed the role.

Cara was slated to star in her own sitcom, Irene, on NBC in 1981. Even though the pilot aired and received favorable reviews, the network did not pick it up for its fall season. It also starred veteran performers Kaye Ballard and Teddy Wilson, as well as newcomers Julia Duffy and Keenen Ivory Wayans. In 1983, Cara appeared as herself in the film D.C. Cab, which is a film about a group of cabbies. The movie stars Mr. T. One of the characters, Tyrone played by Charlie Barnett, is an obsessed Cara fan who decorated his Checker Cab as a shrine to her. Her contribution to the film's soundtrack, "The Dream (Hold on To Your Dream)" played over the closing credits of the film, and was a minor hit, peaking at No. 37 on the Billboard Hot 100 in February 1984.

In 1982, Cara earned the Image Award for Best Actress when she co-starred with Diahann Carroll and Rosalind Cash in the NBC Movie of the Week, Maya Angelou's Sister, Sister. Cara portrayed Myrlie Evers-Williams in the PBS TV movie about civil rights leader Medgar Evers, For Us the Living: The Medgar Evers Story; and earned an NAACP Image Award Best Actress nomination. She also appeared in 1982's Killing 'em Softly. In addition to her music and film work, Cara also continued to perform in live theater during this period. In the summer of 1980, she briefly played the role of Dorothy in The Wiz on tour, in a role that Stephanie Mills had first portrayed in the original Broadway production. Coincidentally, Cara and Mills had shared the stage together as children in the original 1968 Broadway musical Maggie Flynn, starring Shirley Jones and Jack Cassidy, in which both young girls played Civil War orphans.

In 1983, Cara reached the peak[citation needed] of her music career with the title song for the movie Flashdance: "Flashdance... What A Feeling", which she co-wrote with Giorgio Moroder and Keith Forsey. Cara penned the lyrics to the song with Keith Forsey while riding in a car in New York heading to the studio to record it; Moroder composed the music. Cara admitted later that she was initially reluctant to work with Giorgio Moroder because she had no wish to invite further comparisons with another artist who worked with Moroder, Donna Summer.[10] But the collaboration paid off and became a hit in several countries, garnering numerous accolades for Cara. She won the 1983 Academy Award for Best Song (Oscar), 1984 Grammy Award for Best Female Pop Vocal Performance, 1984 Golden Globe Award for Best Original Song, and American Music Awards for Best R&B Female Artist and Best Pop Single of the Year. "Flashdance..." was re-recorded by Cara twice: in 1995 as a track in the original soundtrack for the movie "The Full Monty"; the second time in 2002, as a duet with Swiss artist DJ BoBo.

In 1984, she was in the comedic thriller City Heat, co-starring opposite Clint Eastwood and Burt Reynolds and singing the standards "Embraceable You" and "Get Happy." She also co-wrote the theme song "City Heat", which was sung by the jazz vocalist Joe Williams. In May of that year she scored her final Top 40 hit with "Breakdance" going to #8. The follow up, "You Were Made for Me" reached #78 that summer but then she never charted on the Hot 100 again. In 1985, Cara co-starred with Tatum O'Neal in Certain Fury, an exploitation underachiever about two troubled young women who flee a court hearing and are mistaken for killers. In 1986, Cara appeared in the film Busted Up. She also provided the voice of Snow White in the unofficial sequel to Disney's Snow White and the Seven Dwarfs, Filmation's Happily Ever After, in 1993. That same year, she appeared as Mary Magdalene in a tour of Jesus Christ Superstar opposite Ted Neeley, Carl Anderson and Dennis DeYoung.

Along with her career in acting and hit singles, Cara released several albums: Anyone Can See in 1982, What A Feelin' in 1983, and Carasmatic in 1987, the most successful of these being What A Feelin. In 1985, she collaborated with the Hispanic group Hermanos in the song "Cantaré, cantarás," in which she sang a solo segment with the Spanish opera singer Plácido Domingo.

Cara toured Europe and Asia throughout the 1990s, achieving several modest dance hits on European charts, but no US chart hits. She released a compilation of Eurodance singles in the mid to late 1990s entitled Precarious 90's.

In March 2004, Cara received two honors with an induction into the Ciboney Cafe's Hall of Fame and a Lifetime Achievement Award presented at the sixth annual Prestige Awards. In June 2005, Cara won the third round of the NBC television series Hit Me, Baby, One More Time, performing "Flashdance (What a Feeling)" and covered Anastacia's song "I'm Outta Love" with her current all-female band, Hot Caramel. At the 2006 AFL Grand Final in Melbourne, Cara performed "Flashdance (What a Feeling)" as an opener to the pre-match entertainment.

As of 2016[update], Cara divided her residence between New Port Richey, Florida and Santa Fe, New Mexico. She works with her band Hot Caramel, which she formed in 1999.[11] Their album called Irene Cara Presents Hot Caramel was released on April 4, 2011. Cara appeared in season 2 of CMT's reality show Gone Country,.

On June 25, 2019, The New York Times Magazine listed Irene Cara among hundreds of artists whose material was reportedly destroyed in the 2008 Universal fire.[12]

Cara married stuntman and film director Conrad Palmisano (who was 15 years her senior) in Los Angeles, California in April 1986[13] and they divorced in 1991.[14] 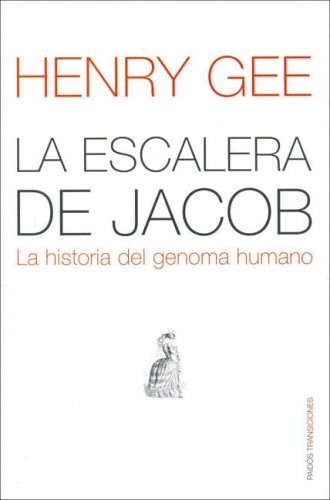